Jack was well known to many Wisharts around the world for his tireless work researching and recording Wishart genealogies. He began in 1974 following a chance meeting in London with Scott Wishart (b.1897), who gave Jack a copy of his family tree which had been prepared by Scott’s brother David. Enthused by this work, Jack quizzed his father about his own forebears and began visiting New Register House, Edinburgh to search the statutory records for Scotland. Gradually he sketched out the details of his ancestors and as he trawled wider and wider, began noting down details for all the Wisharts he could find, and so the family database was started.

Initially he collated his data by drawing little trees and hanging names from branches, but this method quickly became impractical. As he was working in Army Intelligence at that time, he decided to employ hush-hush Intelligence procedures – he transcribed his data to record cards, one card for every Wishart! As we moved into the age of the computer, these were transferred into a family tree package, and at the time of his death Jack had assembled over 155 family trees containing information on over 22,000 Wisharts.  His searches were tireless.  During his many postings and trips abroad in the line of work, he scoured all the local directories he could find for Wisharts – even setting a similar task for friends and colleagues who found themselves travelling overseas. Painstakingly he contacted the new names and exchanged information with many. Those of you who have corresponded with Jack will doubtless recall his thorough, questioning approach and his insistence that all of his research was as accurate as possible. 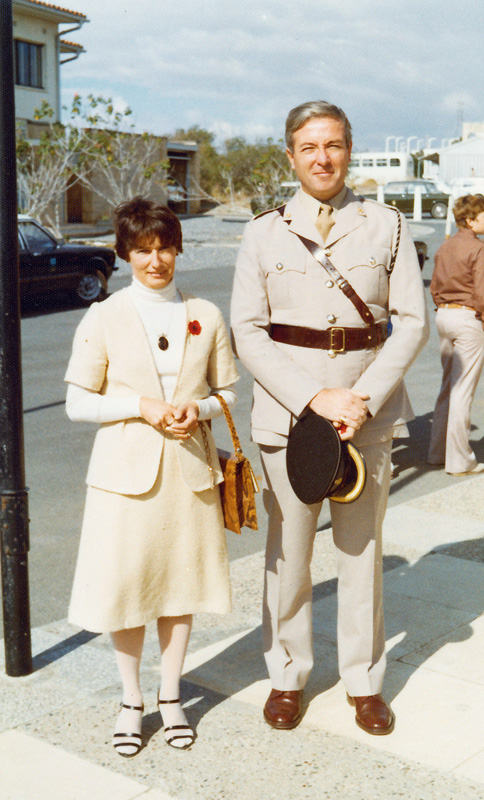 However, Jack was much more than the ‘Wishart Genealogist’. He was born in Dunfermline, Fife on 15 April 1939, and after schooling there, and in nearby Cowdenbeath, he went to the University in Edinburgh to study science.  For three years after graduating, he taught Physics and Chemistry at Kirkcaldy High School where he met and fell in love with a fellow teacher, Skip Moffat. They married and Jack decided he wanted “a more peaceful life” than teaching, so he joined the Army and was assigned to the Education Corps.  He often boasted that he served for twenty-five years and never fired a gun in anger.  Listening to Skip’s stories of life as an army wife in postings to England, Scotland, Germany, Cyprus and the USA (Maryland and Alabama) things may have not been that peaceful for her, especially with two children to look after. When Jack retired from the Army he worked as a civil servant in the Army Headquarters near Edinburgh for ten years before leaving in 2000 to become a consultant in surveillance and border security, a position giving him ample opportunity to travel the world in search of more Wisharts. 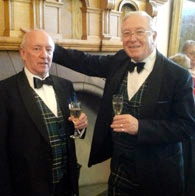 Until his death, Jack retained contacts with the Army, being involved in Army Welfare Charities, and was a keen golfer, often having his fellow Wishart, David as his partner. Jack also had a vast circle of friends and acquaintances from all walks of life – and still found time before he and Skip left their beloved Milton House in Fife for Edinburgh to be a keen gardener and bee-keeper.

But what defined Jack most was his faith, so deep that it transcended religious boundaries.  He had friends of all faiths and none.  One of his proudest achievements in later life was to lead a small group of Wisharts to stage a highly memorable Conference to celebrate the Quincentennial of the birth of one of the earliest Scottish Protestant martyrs, George Wishart, whose execution by Cardinal Beaton in St Andrews was seen by many as a major driver of the Protestant Reformation in Scotland leading to the virtual demise of Catholicism in the country for about two centuries.  Some people found it incongruous that Jack, a devout Catholic, should arrange a Conference to celebrate the life of such a man – regardless of his surname.  Jack’s point of view that George was a person prepared to give his life for what he believed to be true.  Any of you who were fortunate enough to hear Jack’s reading from the Gospel at the Church service following the Conference in St Andrews witnessed Jack’s deep felt belief and sincerity.  He had the ability to fire belief in the hearts of his audience.

The world will be a poorer place without him and on behalf of the global family of Wisharts we’d like to thank you, Colonel Jack, for your dedicated work, and for bringing us all that little bit closer together.